The films I've seen so far, favorite to least favorite:

Inspired by the classic Arabian Nights, Gomes reflects on the socio-political situation of Portugal in 2014, by telling stories of his own - parables of sorts, though less direct - and layering story within story, and employing everything from magical realism to biting satire. Delightful, hilarious at times, and potent. 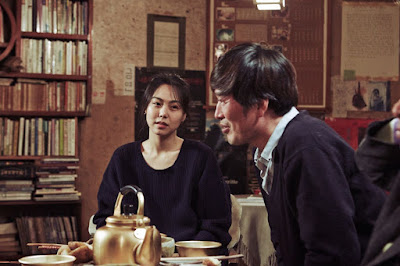 Narrative folded back over itself, through the looking glass. Perspective slides. See, feel anew.

Hong Sang-soo returns to his favorite meta textual themes and ideas, examining, in this tale told twice, how slight shifts in character, framing, and perspective change everything. Wonderful.

The Thoughts That Once We Had (Thom Andersen, 2015) 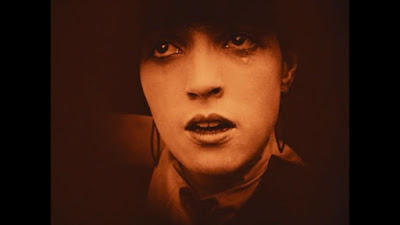 Andersen reflects on quotations from the philosophical criticism of Gilles Deleuze by way of images and scenes from the silent film era to the present, responding to the quotations with cinematic images and music he's curated. A total delight to the cinephile heart.

A Matter of Interpretation (Kwang-kuk Lee, 2014) 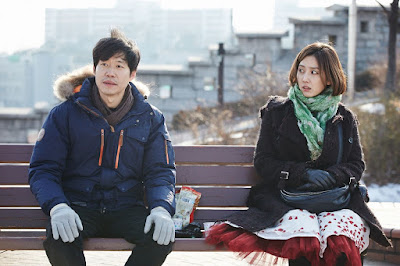 Life is a muddle that dreams revise, dreams recast. Tell me your dream.

Making a nice pairing with Hong Sang-soo's film at the fest this year, Lee's film circles around story-telling and art and the ways that those interpret and intersect with the human heart and the mind. Great stuff. 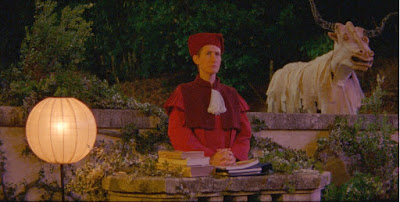 Story nestles within story, and "evil is not epic"; there is only a "severe selfishness."

Volume 2 of Gomes's trilogy continues to delight, exploring the socio-political environment of Portugal via stories. This volume of his epic work features a "bastard" who becomes a local hero, a judge who - in a Greek sort of theater - must decide who is guilty and who is not among the mass of complex humanity before her, and a dog named Dixie. 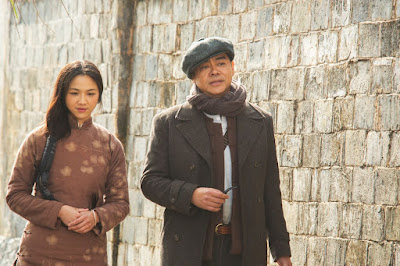 Melodrama in all the right ways (see, Dickens). But epic (I'll see your two cities and raise them one).

A romantic, epic film, spanning the years of Jackie Chan's parents' early, war torn lives in the 1930's-50's: their romance and separations from one another and from their children, their forced moves from the village of Anhui, to Shanghai, to Hong Kong. 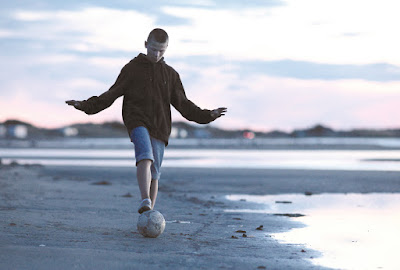 A fine central performance from Romain Paul, reminiscent of Thomas Doret's in THE KID WITH THE BIKE, in a story that follows a 13 year old boy's grappling with his mother's illness, a newly discovered father, a love for soccer, and an adolescent crush.

A slight film in many ways but deftly personal - and it's, at any rate, hard to resist the music of Mahler, which twines its way throughout - in both plot and soundscape - and forces the film away from a trite sentimentality and away from too neat a play on the title. 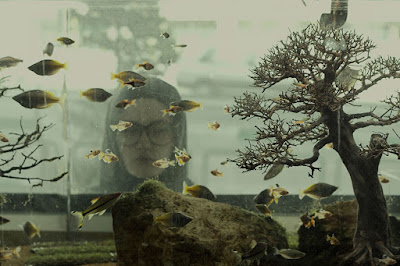 Dena explores the everyday lives of women and girls in Tehran. Beautifully shot and perhaps most notable for its inside look at a girls' school - their rules, rituals, exercises, and restrictions. 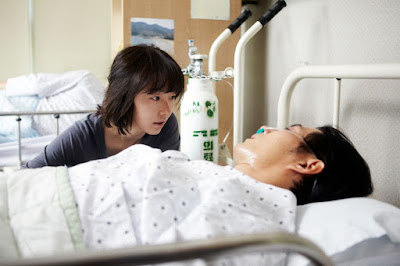 More Cinderella than Alice, I think, following the title character who works her fingers to savage rawness, in pursuit of dreamed-of life with her prince - though Cinderella becomes Alice down the rabbit hole of increasing despair and violence.

Thematic cohesion fails, and ultimately does not justify the horrors done to the bod(ies), however stylistically skillful, visually textured, and at times neatly comedic the film is. Still, there is an interesting thread relative to how the individual pursuit of a dream skewers (maybe literally) those closest to the dreaming individual: sacrificing those in a broader community or those in a nearest personal relationship. And another parallel thread follows - even if it fails to follow through on - an idea about the way the even the most well-intentioned communities fail the individual.

The final image, victory from one perspective, is no victory from another - and the intentional compromise of the ending as well as the ambitious thematic patterns throughout and the filmmaking skill, make me hopeful that this debut feature film from its young director, Ahn Gooc-jin, is a promise of good things to come. 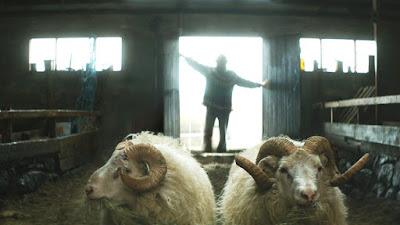 Beautifully shot, acted. Sheep swirl in pens around a single old man and another single old man, who remain in stubborn distance from one another - until they don't. And, through it all, the film veers towards metaphor and ends on a final image of trite symbolism.

Still, there's much to embrace if only in what it offers in its vistas of the sort of landscape that gets under one's skin - vast isolation and loveliness.