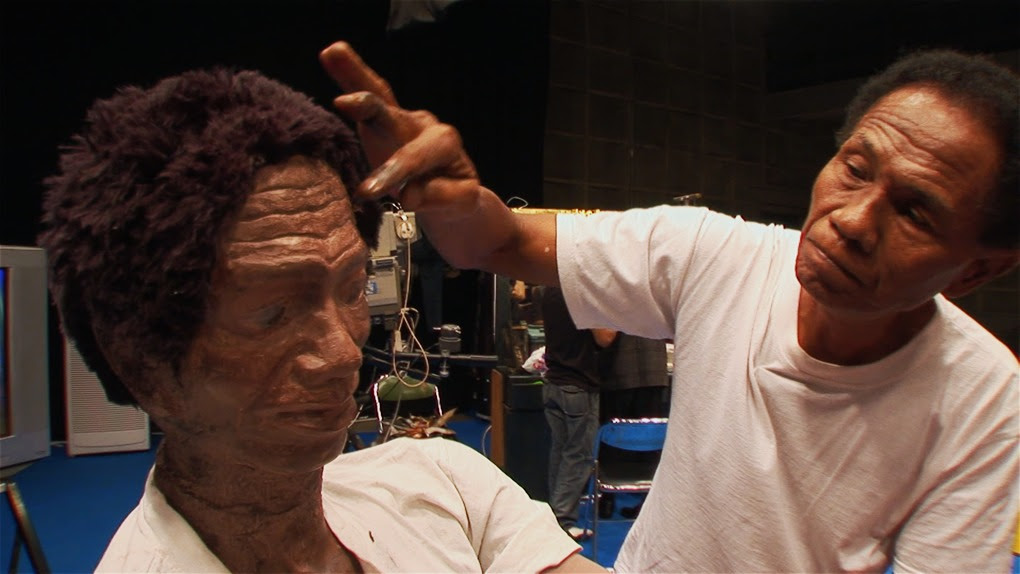 In old timey monster movies, it’s obvious that the monster isn’t really a monster; it’s just a guy dressed up in a monster suit. But we all agree it’s loads of fun to pretend together that the guy is actually a monster, actually a threat – and then to jump together in congenial fright.

Special effects, of course, have gotten a lot more special since those first days of cinema; this new thing we have, this CGI, can be real slick, and in the best cases, the seam between CGI and reality evaporates; the effect doesn’t feel like an effect. But even in those cases, as we sit in the theater or on a snug couch at home, there remains a firm wall of safety between us and the scary. We don’t see the monster suit threads anymore, but we still quite happily can say, “It’s only a movie.”

In the best scary movies, of course, the monster on screen represents real, underlying collective or personal fears, and as emotional, visceral, and cathartic as that kind of experience can be, the representation remains tidily up on the screen, contained, safe.

But here, the space between the sign and the thing signified, the space between the monster suit and the monster does not exist; the suit, though badly made, though clearly artificial, rips aside that wall of safety we are so used to and puts us face to face with a real, live monster, and with monstrous horrors I felt so viscerally that I actually began blacking out 15 minutes into the film. I clenched my eyes against the screen and tried desperately to think of something else, even for just a moment, so that I could regain control. I did, but I was aware, as I opened my eyes again just how vulnerable I was.

For this isn’t a story where the happy state, the suspension of disbelief, is possible.

The assault on me as a viewer, the assault of the deep, inescapable reality of the play-acting before me is, however, only one layer in which the film reveals the power representations of things have, even on those involved in forming those representations.

Here, the monsters dressed up in their very best, their very neatest monster suits; they set the stage, set the dialogue, put on their make-up, and proceeded to act out their version of a monster story, where the monster is the super cool hero. 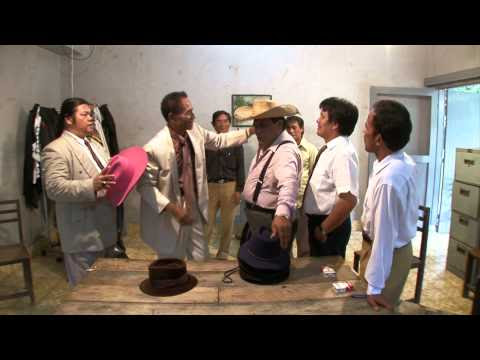 But somewhere in the process, something got a bit confusing for the monsters, for some of them at least. The act of recreating their history, in casting all the parts, in playing multiple roles, in being forced to consider audience, and in working through the concrete specifics of the gory details, revealed something new – or revealed something previously pushed down, down, and far beneath a conscience. “Wait a moment,” the monsters asked each other, “what we’re rehearsing here, won’t our audience think we’re actually really bad monsters and not super cool monsters?”

And they were stumped for a moment, for they couldn’t tell how to revise the story so that the monster horrors seemed good. They did try - for example, casting one pairing of monsters under a beautiful waterfall, where the victims thanked them for their atrocities. 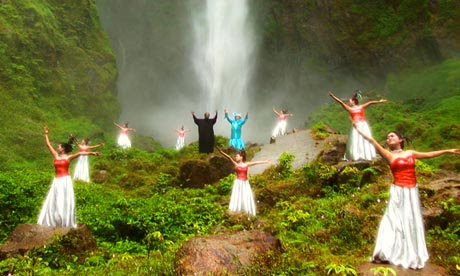 It’s hard to tell whether this act of his, this acting of the act, this viewing of this acting will ultimately gain true foothold in the monster’s conscience. And perhaps some will say the makers of the film caught only a moment that merely appeared to be but did not actually reveal a conscience at all, however real the gut retching seemed.

In HAMLET, our tortured young prince, plotting to trap his guilty uncle, decides “the play’s the thing wherein I catch the conscience of the king,” and certainly, that uncle-king blanches when his sins are set before him, his guilt confronting him in the form of the players. Losing his cool, he runs away. A triumph for the prince. But HAMLET is about so much more than just getting a king to confess to a murder; it is a work, like all Shakespeare plays, grappling with the very questions of our collectively tortured existence, and an audience of the play, surely, leaves it more stricken in heart and mind, more affected than the character of the king.

THE ACT OF KILLING is like that. Through its act, through its cinema, it does much more than show me monsters looking at themselves - though that, in itself, is extraordinary. It forces me to look at the monsters myself and accept that they are real, and even more, it leaves me, an audience member, stricken; it shows me something very dark from which I cannot distance myself, something I cannot say lives only far, far away in Indonesia.

The monsters who justify themselves? They live everywhere, in the very heart of the human.

Posted by M. Tamminga (@oneaprilday) at 1:11 AM No comments: