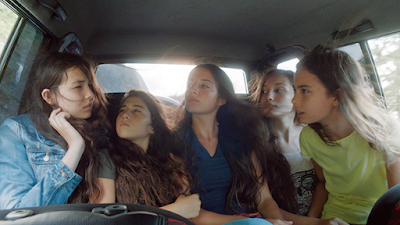 “Are you afraid?” said the North Wind.
“No!” she wasn’t.
–“East of the Sun and West of the Moon”
It might be tempting to read Deniz Gamze Ergüven’s beautifully confident feature film debut, Mustang (France’s official entry to the Academy Awards), exclusively as a portrait of the situation women face in Turkey today.  The situation, while it should  continue to concern those interested in in women’s rights , however, is too complex to be contained by a film that traces the story of one family of daughters in one part of Turkey, and I do not believe Erguven’s film should be, or is even intended to be, reduced to an examination of the particular issues faced just by women in the filmmaker’s own country, however much the story is, in fact, inspired by her experiences there and by her concern for Turkish women. She has noted  for example, that the inciting incident at the film’s beginning is one very similar to an episode in her own childhood, and she has also said that she “put many . . . stories that I heard in Turkey into the film.”
So while the film is, certainly, culturally specific in significant ways, it reads more as a fairy tale or a folk tale than as a slice of life story.  As such, its themes resonate as much for me, an American woman, as they might for anyone. Folk tales invite us to consider direct applications for the readers, and here, viewers might do the same, apply and identify. The five sisters at the center of the story and living at the edge of the Black Sea are very much like the sisters you might find in the Norwegian tales of East of the Sun and West of the Moon  collected by Peter Christen Asbjørnsen and Jørgen Engebretsen Moe, a book, gorgeously illustrated by Kay Nielsen, that I grew up with and pored over, and, embracing any hints of fantastical Other, identified with. 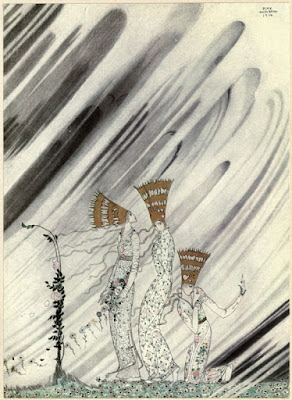 Though I am the eldest and only daughter in a family of four, somehow, the tales spoke to or into my sense of self, idealized or real. I had no sisters, but the sisters of, say, the tale of “The Three Princesses in the Blue Mountain” seemed to represent some version of the closeness I felt with other girls, particularly, my best friend, and she and I imagined perilous adventures for ourselves that mirrored those the sisters faced in the hall of the trolls. Our hair, too, was long in those days; we even competed about whose hair was the longest and practiced the best ways of brushing it so that it shone most, but in play, that hair was tangled and unheeded; at the height of an adventure, what did it matter, after all? By our wits and our stout hearts, not our beauty, we’d escape the evil orphanage and make our way through Dinosaur Island to safety, muddied and triumphant. 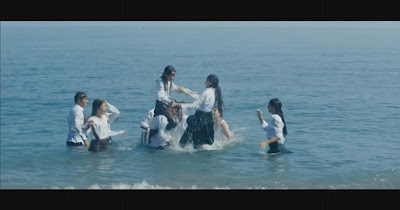 The sisters of the Blue Mountain, with the long hair and bravery we imitated, are akin, then, to the sisters in Mustang, though the sisters in the Norwegian tale find a happy ending in marriages, and, in direct contrast, it is marriage –and the cultural, restrictively gendered assumptions that surround it – by which the Turkish sisters find themselves specifically pinioned.  Marriage, here, is no happy end; it is a complex threat to identity. . . .
To continue reading, please see the full review at Seattle Screen Scene: Mustang review, Seattle Screen Scene

Posted by M. Tamminga (@oneaprilday) at 8:15 PM No comments: