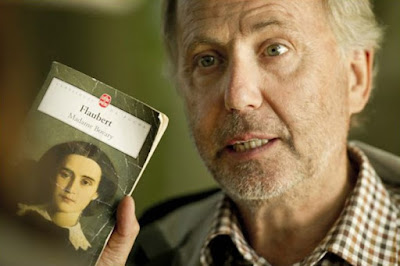 The premise of the newest film from director Anne Fontaine, Gemma Bovery, holds a good deal of promise for lovers of both the cinematic and the literary, particularly for those who welcome witty or playful re-tellings of classic works of literature. Adapted from Posy Simmonds’s graphic novel of the same name (a novel originally conceived as a serial in The Guardian), the film’s story centers around perceived parallels between the literary characters in Gustave Flaubert’s Madame Bovary – particularly Emma Bovary, her husband, Charles Bovary, and Emma’s lovers – and the film’s characters. When Gemma Bovery (Gemma Arterton) and her husband, Charles ( Jason Flemyng), move from London to a small town in Normandy, the town’s excitable, bourgeois baker, Martin Joubert (Fabrice Luchini), is certain Gemma is the real life equivalent of the fictional Emma, and he makes it his mission to discover her in love affairs and prevent the tragic suicide that plays out in the novel.

Such a set up has all the ear marks of wonderfully droll farce or of a sly satire, a satire that could work on any number of levels – critiquing, perhaps, the often fraught French-English relationship; or the middle class, provincial prejudices; or literary pretensions; or male-female relationships. The premise also suggests the story might hold some genuine pathos, a tender examination of love, heartbreak, and misunderstandings, perhaps. And by many accounts (here’s one, for example), Simmonds’s original work does function on all those levels. (After watching the movie, I immediate ordered the graphic novel.) 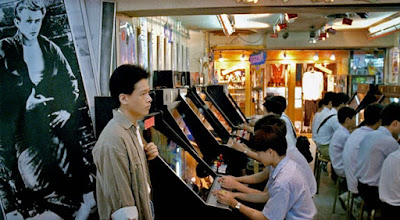 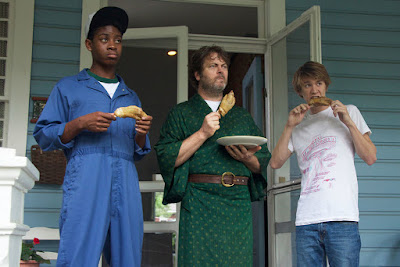 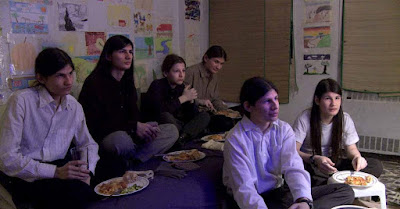 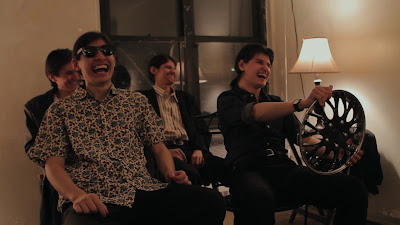 Posted by M. Tamminga (@oneaprilday) at 1:49 PM No comments: